Dr Jennifer Redmond is an Assistant Professor in the Department of History, Maynooth University. She has previously held positions in University College Dublin, Trinity College Dublin and Bryn Mawr College, USA. Her research interests lie in the social history of Irish women, migration and modern Ireland.

Jennifer’s book, Moving Histories: Irish Women’s Migration to England from Independence to Republic (Liverpool University Press, 2018) was longlisted for Michel Déon Prize of the Royal Irish Academy and the Académie française. She is currently writing a monograph on the Irish writer, philanthropist and botanist, Charlotte Grace O’Brien who “mothered” her nieces and nephews after their own mother died and who represents an interesting case study of non-biological mothering in the nineteenth century.

Additionally, Jennifer has published on the effect of the marriage bar on women in teaching in Ireland, a reflection of traditional values that posited motherhood and paid employment as incompatible. She is also interested in the religious practice of “churching” or cleansing women in a religious ceremony after childbirth.

Jennifer is interested in contributing to sharing knowledge about ethics and research methodologies in relation to motherhood as part of the MotherNet project. 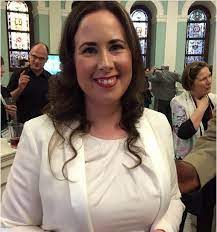