Sarah Arnold is Lecturer in Media at Maynooth University. She is programme coordinator for the MA in Critical and Creative Media and teaches subjects including Media Industries, Reality and Television, Screen Production, and Research Methods. She completed her PhD in Film at the National University of Ireland, Galway in 2010 and has taught at universities in Ireland and the UK and her PhD thesis was published as the monography Maternal Horror Film: Melodrama and Motherhood (Palgrave, 2013). Her research interests are in two areas: women and gender; and media work. Her work on women and gender includes the book Gender and Early Television: Mapping Women’s Role in Emerging Us and British Media (Bloomsbury, 2021) and the guest edited edition of Alphaville Journal of Film and Screen Media titled ‘Doing Women’s Film & Television History’ (2021). Her work on media education includes the co-authored The Film Handbook (Routledge, 2013) and the co-authored Media Graduates at Work: Irish Narratives on Policy, Education and Industry (Palgrave, 2021) with Anne O’Brien and Páraic Kerrigan. 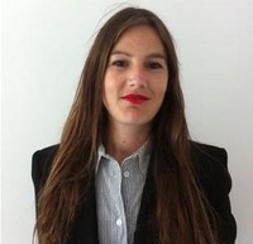